The firm recently announced that it has brought on three new lawyers, including two partners and one of counsel, as part of its ongoing strategy to further expand its capabilities to better serve clients throughout New Jersey and the Tri-State area.

The new partners are Brian J. Chabarek, a labor and employment attorney who spent the majority of his career at Hoaglund, Longo, Moran, Dunst & Doukas, and Christopher D. Olszak, a tax and estate planning lawyer and Certified Elder Law attorney. Olszak previously ran a boutique estate planning firm with his father, Daniel D. Olszak, Jr., who also joins DEMLP as of counsel. Chabarek came on board February 1 and the Olszaks joined in January.

“Two years ago, our firm committed to enhancing its services through significant lawyer growth.  We not only added two named partners but hired four new attorneys and promoted two associates to partners. We also implemented a complete overhaul of our technology infrastructure to significantly improve productivity and security for ourselves and our clients,” said Firm Managing Shareholder James A. Paone. “Now with the addition of Brian, Chris and Dan, we are embarking in 2017 with expanded capacity to serve both our corporate and individual clients even more efficiently.”

Partner Brian Chabarek focuses on Labor and Employment litigation, including matters involving the New Jersey Law Against Discrimination, Title VII of the Civil Rights Act, the Conscientious Employee Protection Act, both the Federal and State Family and Medical Leave Acts, the Americans with Disabilities Act, claims for wrongful termination as well as other forms of harassment and discrimination in the workplace.  He has handled claims in the State and Federal Courts as well as before the New Jersey Division on Civil Rights and the Equal Employment Opportunity Commission.  He also provides labor and employment counseling to corporations which includes the drafting of personnel policy manuals, Non-Compete Agreements/Restrictive Covenants, Confidentiality Agreements and Severance Agreements and has provided numerous lectures and training sessions on employment related issues.
He also provides advice and counsel to municipalities, including their elected officials, administrative departments, various boards and committees, and has reviewed and prepared contracts and bid specifications on behalf of public entities and has ensured that state statutes, municipal codes and procedural rules are adhered to by the municipality.  Admitted to practice in both New York and New Jersey, Chabarek sits on the Board of Directors of the New Jersey Defense Association and also serves as Chair of its Employment Law Committee.

Since 2011, Chris Olszak has been a Certified Elder Law Attorney by the American Bar Association approved National Elder Law Foundation.  In this capacity, he advises clients on asset protection planning, emergency care planning, and assisting clients with placement in independent living, assisted living, and skilled nursing facilities.  He also counsels clients regarding their options for financing long-term care and represents clients with Medicaid applications and Fair Hearings.  A member of the National Academy of Elder Law Attorneys, he previously served as Co-Chair of the Elder Law Committee, Ocean County Bar Association.

Of Counsel Daniel Olszak has practiced elder law, estate planning and administration, guardianships, and represented clients before the Internal Revenue Service (IRS) for more than 42 years. Matters on which he advises range from simple wills to complex estate plans that attempt to create the most favorable position for the client under current estate tax laws, as well as planning for families with special needs children, and blended families.

Prior to opening his own practice in 1983, Dan Olszak served as an attorney for the United States Army and the National Guard in the Judge Advocate General Corps and worked as an estate tax attorney for the IRS in Brooklyn and as associate counsel for Management Planning, Inc., in Princeton. He currently is a member of NAELA, the National Academy of Elder Law Attorneys and the Ocean’s Harbor House Agency Board. 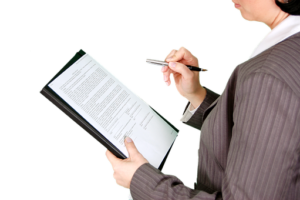