Arbitrability is whether or not a dispute should be resolved in a Court of Law, or by an Arbitrator. But why is it important who makes the decision of arbitrability?

Some attorneys believe that an Arbitrator is more likely to decide in favor of Arbitrability rather than a Judge. Whether or not this belief is correct, those seeking to avoid arbitration may prefer a Court to decide the issue of Arbitrability.

Generally, there are no rights to appeal an Arbitrator’s decision. Exceptions apply, but an incorrect decision is not among the exceptions. With arbitration, the rules are set by the Arbitrator and/or the arbitration organization. In a Court of Law, there are additional due process rights, as well as appeal rights. While arbitration is touted as less expensive, the filing fees and fees for the Arbitrator (generally by the hour at attorney billing rates) can be prohibitively expensive for a smaller dispute, or disputes brought by individual claimants.

In Derek Piersing v. Domino’s Pizza, et al.1, a delivery driver is asking the U.S. Supreme Court to clarify who decides Arbitrability in his lawsuit against his employer. On November 16, 2020, Piersing filed a Petition for a Writ of Certiorari asking for the high Court to hear the case.

The general rule is that a Court decides Arbitrability. However, the parties may by agreement delegate that authority to an arbitrator. In 1995, the U.S. Supreme Court in First Options of Chicago, Inc. v. Kaplan2, held that for such delegation to be enforceable, there must be “clear and unmistakable evidence” of the parties’ intent to have Arbitrability decided by an Arbitrator.

In Piersing, the employment agreement referred to a particular set of rules which will govern arbitration, and those rules stated that the Arbitrator decides Arbitrability. Piersing challenges whether such an incorporation by reference constitutes a clear an unmistakable intent to delegate Arbitrability to an Arbitrator.

Piersing, seeks Supreme Court review of the decision by the Sixth Circuit Court of Appeals that such incorporation by reference was sufficient to meet the requirements of First Options.

This issue is of widespread impact as many consumers and employees are unaware that the arbitration rules incorporated in an arbitration provision also delegate determination of Arbitrability to the Arbitrator. 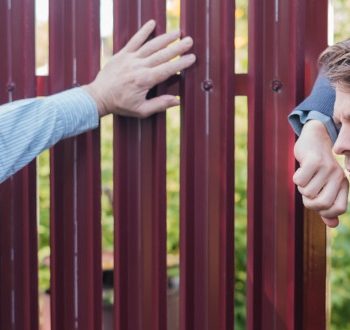