Davison, Eastman and Muñoz, P.A. were pleased to represent Frank Jones, Michelle Jones and their children as well as the Knights of Columbus in defending the term “Under God” in the Pledge of Allegiance.
James A. Paone, II, of Davison, Eastman and Muñoz successfully represented the Jones’ and the Knights of Columbus in defeating a lawsuit brought by the American Humanist Association and John and Jane Doe which challenged the use of the Pledge of Allegiance utilizing the words “Under God” in the Matawan Aberdeen Regional School District.
On May 11, 2015, New Jersey Supreme Court Committee on Opinions Approved for Publication, the decision and opinion of the Honorable David Bauman, P.J.Cv., sitting in the Superior Court of New Jersey in Monmouth County. The full text of Judge Bauman’s opinion can be found by right clicking here.
Judge Bauman found that the New Jersey Statute, N.J.S.A. 18A:36-3 which requires the pupils in each school district to recite the Pledge of Allegiance to the Flag, did not violate the Equal Protection of either the United States or the New Jersey Constitution. The statute, which requires the Pledge, specifically allows pupils who have conscientious objections to the Pledge, or pupils who are children of, or representatives of, foreign governments, to refrain from reciting the Pledge. The court found that there was sufficient protection for those who did not wish to participate in the Pledge.   Judge Bauman further found that the Pledge of Allegiance was never, throughout its historical background, viewed as a religious exercise but rather found that it was a vehicle to transmit to the American public school boys and girls the core values of “duty, honor, pride and fidelity to country in which the social contract between the United States and its citizens is ultimately based”.
The Knights of Columbus were instrumental in bringing about the 1954 Amendment to the Pledge of Allegiance to include the language “under God”. By virtue of their significant involvement in amending the Pledge in 1954, and in striving to preserve the text of the Pledge, the Knights of Columbus had intervened in this lawsuit and successfully persuaded Judge Bauman to uphold the Pledge as written, and reject the American Humanist Associations claim that the Pledge violated the Constitution. 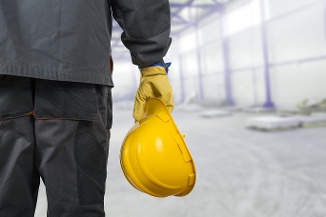